A Used BMW 1 Series is one of the most desirable, small family cars available and will provide you with a strong combination of performance, economy and emissions. It is the only rear drive hatch in its class yet is still a well handled and comfortable ride. The steering of the 1 Series does feel a little light which, as an adverse effect, makes the steering feel very quick. This can lead to a slight feeling of nervousness when driving the car at high speeds however it is nothing an experienced driver should be worried about. 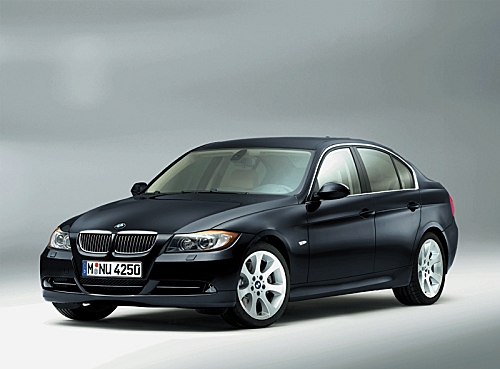 carefully by its previous owner. It is one of the best executive models on the market and will provide you with some fine handling when driving, which makes it a fun and exciting model to drive. Once again BMW provide you with a luxurious and spacious cabin that lives upto its executive feel. The 3 Series is not as refined as some of its rivals and to make the ride handle a bit better, the optional adjustable suspension would be a feature I suggest you take up.

The BMW 5 Series is an executive model that provides a sense of class to its owner. It is a spacious and refined model that provides a big variety of engines to choose from, all of which can provide you with low running costs. As long as the right options are chosen the 5 Series manages to strike just the right balance between comfort, dynamic excellence and refinement. BMW have built up a reputation of top quality interiors, providing you with a plush and expensive feel, and the BMW 5 Series is no different. Unfortunately some features do not come as standard and are expensive to add which can make the selling of a used 5 Series difficult to determine.

Moving further up the scale a popular BMW is a Used BMW 7 Series. Firstly, as with all BMW’s, the cabin is difficult to fault simply because there is lots of space and the upholstery has been fitted to the highest of standards. The engines available are also smooth and potent but still able to provide you with superb efficiency throughout the engine specs.

The BMW 7 Series has been designed to appeal and accommodate to cars that have the front and rear used regularly, which they have managed to do, however on the flip side of this the ride is just too harsh and gives out too much of a tyre roar for a car that is essentially a luxury limo.

If you are looking for a slightly bigger model then just take a look at the X-range models. A Used BMW X1 will provide you with a refined cruiser that is still pretty economical in terms of fuel and the low emissions it produces. The ride of the X3 is also pretty composed, more so when driving around bends. Just be wary that the steering feels a little inconsistently weighted which could make you feel a little nervous when driving at high speeds on the motorway. The BMW X1 isn’t the most practical of models and some of the interior trim doesn’t quite meet the high expectations we associate with BMW cars.

When looking at a Second Hand BMW X3 the first thing you’re likely to notice is its striking looks that really make you take notice of the car. In its class it is one of the best models available on the UK car market and has only limited competition from other manufacturers. Despite its size the running costs are reasonably affordable. The cabin is really spacious and will easily fit four adults however due to the wide transmission tunnel the middle, rear passenger seat can be uncomfortable.

As a large SUV the BMW X5 handles exceptionally well and is unexpectedly agile whilst also still managing to provide a strong performance and surprisingly good fuel economy. 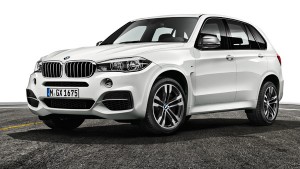 The BMW X5 has an impressive interior quality and is wonderfully comfortable due to the space each passenger receives. Now the sheer size of this model does mean that it can be difficult to park so taking shopping trips in an urban area may prove difficult. The refinement of this model could also be significantly improved as there is a lot of road noise, especially on the likes of A-roads and motorways.

If you’re looking for a sportier model, then a Second Hand BMW Z4 really is a terrific car. The exterior looks superb and the cabin oozes the same amount of quality too. The engines available are very powerful and the handling makes for an agile and enjoyable ride. The Z4 is the real deal for any sports car enthusiast and gives you a great feeling every time you climb inside to drive it. The boot space is limited, especially if you have the roof down however a car like this isn’t designed to take you places that require a lot of luggage, it is a car to have fun in and take for rides over the weekend.